UTE Donates $100,000 in Support of the Ukrainian People

The Union of Taxation Employees (UTE) cares about the well-being of not only its members, but also of others, especially the most vulnerable in our society. In times of need, UTE has always stepped up on behalf of its members and has shown great generosity.

In addition to the crucial role our members play in helping the federal government fund a multitude of services to ensure the well-being of Canadians, our union believes it also has an important social role to play in our society. In the past, UTE has contributed to some very worthy causes as the need arose.

In these unprecedented times, the Union of Taxation Employees recognizes that it must continue to support its members, but also those in need. 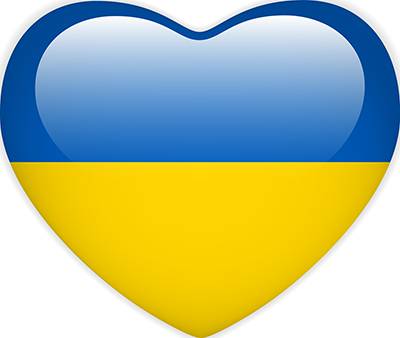 Since February 24, 2022, the terrible war raging in Ukraine, in addition to having led to one of the most serious humanitarian crises in recent history, has had repercussions right here in Canada. Indeed, 1.4 million of our fellow Canadians are of Ukrainian origin. This is the second largest Ukrainian diaspora in the world. Many of these people are UTE members.

Since the beginning of the invasion of Ukraine by the Russian army, more than eight (8) million people are displaced within their country and more than six (6) million people have fled Ukraine and sought refuge in neighbouring countries. Some of these refugees have also begun to arrive in Canada.

On behalf of the Union of Taxation Employees (UTE) and its 36,000 members, I would like to express our solidarity and support for the Ukrainian people and the millions of refugees who have been affected by this war.

I am therefore extremely proud to announce that the UTE Executive Council has decided to make an extraordinary donation in the amount of one hundred thousand ($100,000) dollars to the International Red Cross to support efforts to provide clothing, shelter, food, medicine and other necessities to Ukrainian refugees. Our thoughts and prayers are with the Ukrainian people.

The Union of Taxation Employees continues to be very proud of the hard work our members do every day to serve Canadians and their enduring commitment to continue to play an important role in supporting our communities across Canada and around the world.