Other demonstrations on the Day of Action on Phoenix and Bargaining 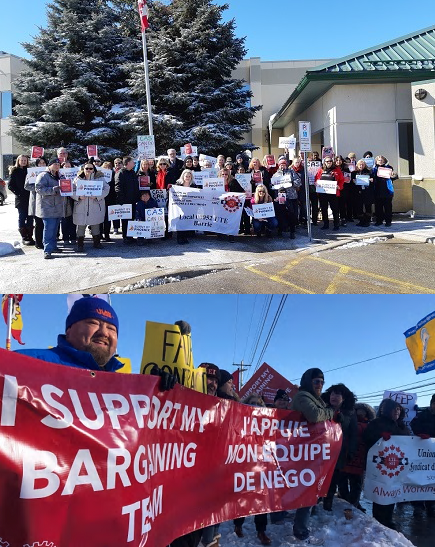 On the occasion of the third anniversary of the implementation of the Phoenix Pay System, the Public Service Alliance of Canada (PSAC) launched yesterday the first in a series of measures to increase pressure on the federal government.

In addition to the important rally that took place in downtown Ottawa, I want to point out that other events were also held yesterday in other places across the country to denounce the nightmare that continues to live our members because of Phoenix and ask that the hundreds of thousands of affected federal public service workers receive fair and just compensation for the harm they have suffered.

The demonstrations were also intended to denounce the lack of progress achieved so far at the various bargaining tables in the current round in the renewing of several contracts in the federal public service.

I would like to thank the members of the Union of Taxation Employees (UTE) and their Brothers and Sisters who are also PSAC members or in some cases members of the Professional Institute of the Public Service of Canada (PIPSC) who participated in the various events held across the country. Thank you for your support.