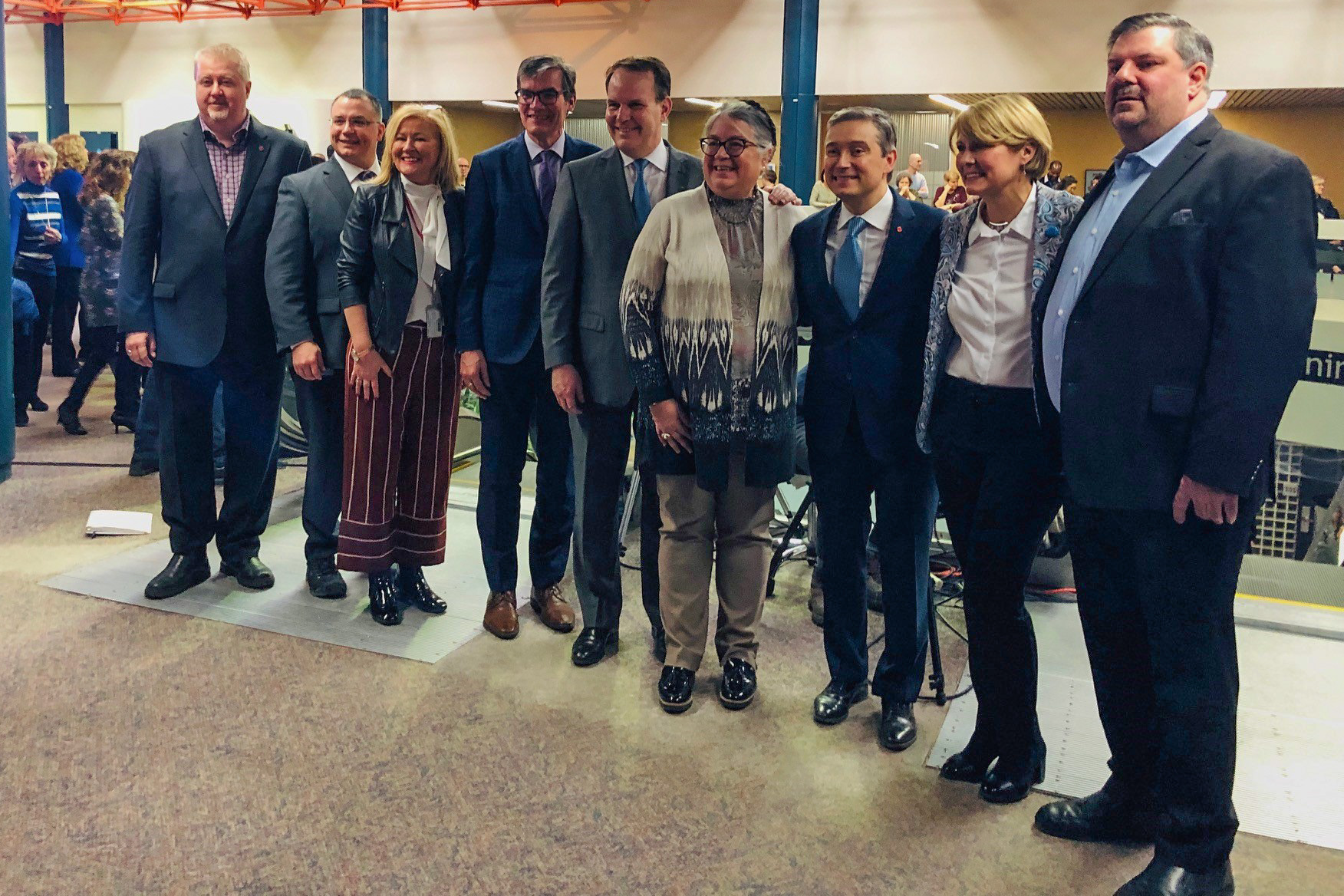 UTE National President, Marc Brière was in Shawinigan, Quebec on Monday to attend the announcement regarding the construction of a new building on the current site of the Canada Revenue Agency (CRA) National Verification and Collections Centre (NVCC).

The new building, scheduled to start construction in 2022, will replace the current building and will give NVCC employees a modern work environment that will accommodate CRA’s new and ongoing needs.

Our National President was very pleased with the announcement that will protect the CRA jobs in Shawinigan for the long term.  Equally important, this announcement sends a clear message that the Government of Canada plans to keep the administration of federal income tax in Quebec with CRA.

Mr. Brière took the opportunity to meet with the Honourable Diane Lebouthillier, Minister of National Revenue, the Honourable François-Philippe Champagne, Minister of Infrastructure and Communities and Member of Parliament for Saint-Maurice–Champlain, and Steven MacKinnon, Parliamentary Secretary to the Minister of Public Services and Procurement and Accessibility. On behalf of our members, he thanked them and the Trudeau government for this important investment and strong commitment to protect the jobs of thousands of our members working in Quebec.