Day of Action on Phoenix and Bargaining 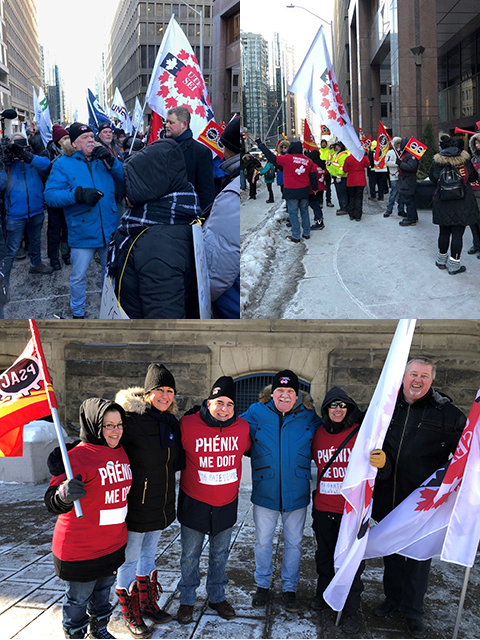 On the third anniversary of the implementation of the Phoenix payroll system, the Public Service Alliance of Canada (PSAC) launched the first of a series of actions across the country to increase pressure on the federal government.

This morning, over 500 PSAC members rallied and blocked entry into two major federal buildings as they expressed their mounting frustration with Phoenix and urged the Trudeau government for more action.

We want a clear timeline to end the Phoenix nightmare and to ensure that the hundreds of thousands of public service workers affected receive fair and equitable compensation for the harm they have suffered.

In addition, we wanted to denounce the lack of progress made so far at the various bargaining tables in the current round in the renewing of the contracts across the federal public service.

I am proud of the PSAC and UTE members, in the National Capital Region as well as those outside the region from Kingston, Laval, Montréal and Shawinigan, who braved the cold to show their frustration with Phoenix and with the lack of action at the bargaining table.  I want to thank each one of you for coming out to show your support.

Bargaining Update - National Bargaining Committee, Negotiator and Notice to Bargain
Government announcement on mandatory vaccination against COVID-19
Update: contracting out of jobs at the CRA